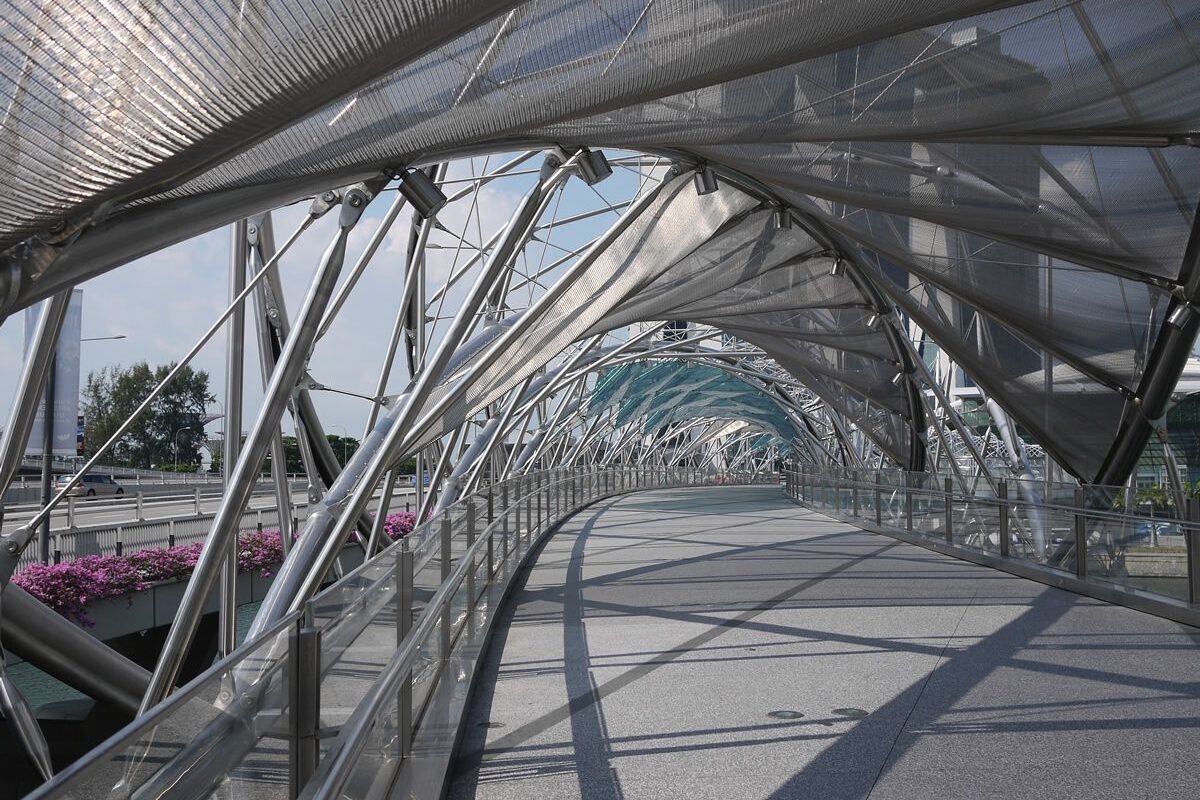 What Metal Is Used For Bridges?

Written by Umair. Posted in Blog No Comments

So, What Metal Is Used For Bridges? Bridges are typically made from metal, which is a strong and versatile material. There are many different types of metal available at American Metal Sheet that can be used for bridges, depending on the desired qualities of the final product. One common type of metal used for bridges is steel, which is strong and durable. Other metals that are commonly used for bridges include aluminum and titanium.

What Is the Strongest Material For A Bridge?

A bridge is a structure that connects two or more points of a larger system, such as a river or highway. Bridges must be able to support the weight of vehicles and people crossing them, so they are typically built from strong materials. The three strongest types of bridges are steel, concrete, and prestressed concrete.

Steel is the strongest material for a bridge because it can support high loads without buckling. It is also versatile and can be used in many different types of bridges. Steel bridges generally have a thinner beam than other types of bridges, which helps to reduce weight and improve the overall strength of the bridge.

Concrete is the second strongest because it has good resistance to compression and shear forces. Concrete also has good fire resistance properties, which makes it ideal for bridges that will cross over active areas like highways or railways.

Prestressed concrete is a type of construction that uses tension to resist lateral loads. The material is poured into forms and then subjected to a series of high-pressure, short-duration squeezes. This process creates microcracks that allow the concrete to carry weight in compression and withstand tension.

What Materials Make A Bridge Strong?

Bridges can be made from many different materials, but the most common are metal and concrete. Metal bridges are usually stronger than concrete bridges, but both have their strengths and weaknesses.

Metal bridges are typically stronger than concrete bridges because they are made from heavier metals. This makes them less likely to collapse under the weight of a vehicle, for example. However, metal also has a higher rate of corrosion, so it must be maintained properly to remain strong.

Concrete bridges, on the other hand, are less likely to collapse but are not as strong as metal bridges. They are also much easier to build, making them popular for smaller structures like pedestrian overpasses and bike lanes.

Why Is Steel Used In Bridges?

Steel is the most common material used in bridge construction. It’s strong, durable, and able to withstand a great deal of stress. Steel is also relatively easy to work with, making it a popular choice for bridge builders.

One reason steel is so popular in bridge construction is that it’s able to support a lot of weight. A steel beam can hold up to 75 tons without breaking, compared to a wooden beam’s capacity of around 30-40 tons. This makes steel beams much more versatile and effective when it comes to supporting loads.

Another benefit of using steel in bridge construction is that it doesn’t corrode easily. This means that bridges built with steel can last longer than those made with other materials, which can be beneficial in areas where water runoff is a concern.

What Is The Strongest Material To Build Roads And Bridges With?

There are a few materials that are used to build roads and bridges. Some of the more common ones include concrete, steel, and asphalt. Each of these materials has its advantages and drawbacks.

Concrete is the most commonly used material for Roads and Bridges, It is strong and durable, making it suitable for long-term use. However, concrete is also expensive to produce, so it is not always the best option for projects that need to be budget-friendly.

Steel is another common material used for building roads and bridges. It is strong but also lightweight, which makes it easier to transport and install than concrete. Steel also has the advantage of being able to withstand a lot of wear and tear over time.

Asphalt is another common material used for constructing roads and bridges. It is strong enough to support vehicles and heavy equipment, making it the material of choice for many construction projects. While other materials may be stronger, asphalt is often the best option for roads and bridges because it is durable and easy to work with.

What Type Of Bridge Is The Weakest?

Roads are one of the most important pieces of infrastructure in a city. They allow people to move around and commerce to happen. But how do we make sure that the roads stay up and running? One option is to use beam bridges. However, there are some drawbacks to using these bridges.

Beam bridges have been used for centuries as a way to cross rivers and other large bodies of water. They are typically made out of strong materials, such as steel, which makes them durable. However, beam bridges are not always the strongest option when it comes to building roads.

One reason is that beams tend to be quite flexible. This means that they can bend easily when hit by cars or other large objects. This can cause the bridge to collapse, which can lead to serious injuries or even death.

Like what you see? Let’s talk about your project